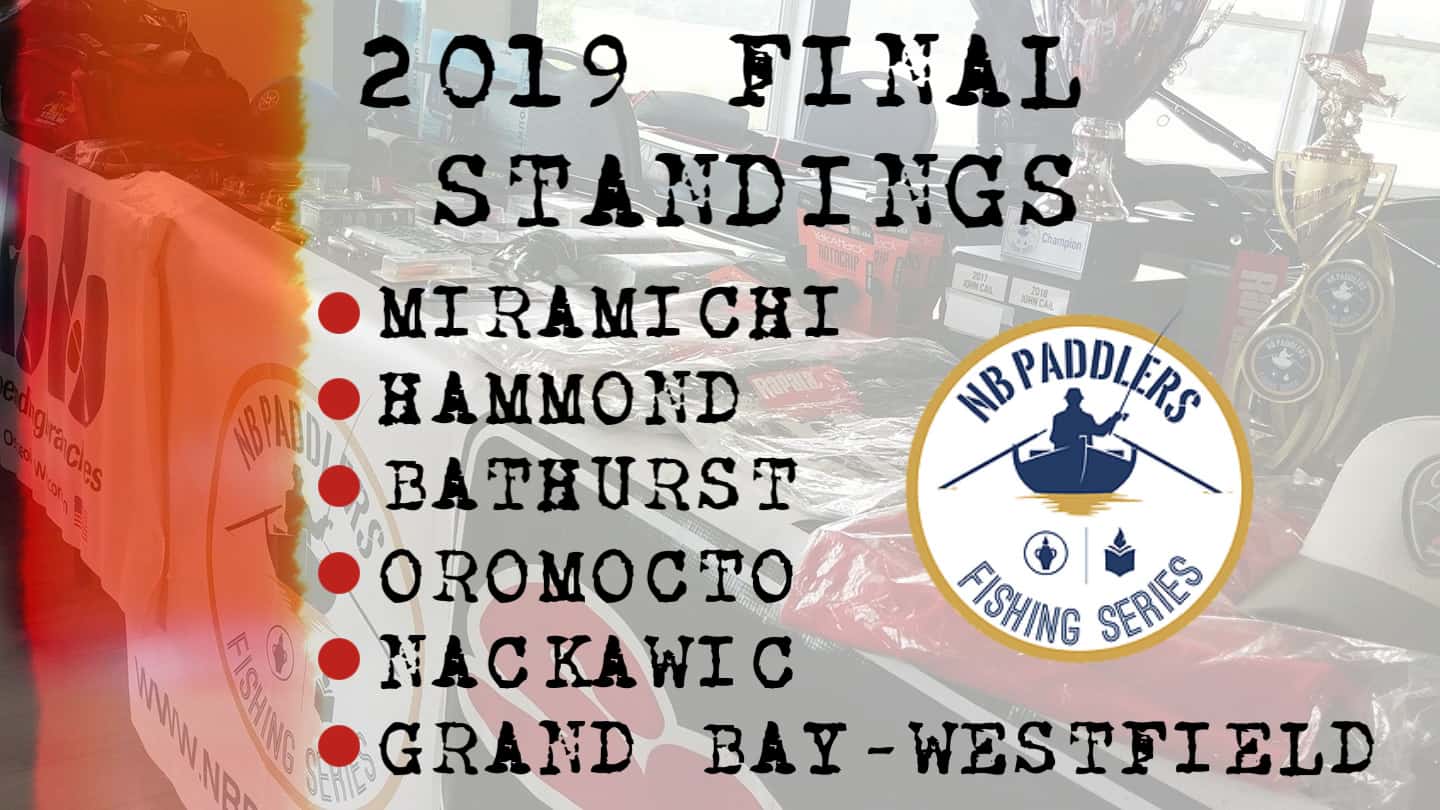 Oromocto, Nackawic, Grand Bay – Westfield & that’s a Wrap on the 2019 NBPFS Series
What a second half of the series, starting off with the largest turnout of anglers we have had to date in Oromocto. We had some new sponsors, and exciting prizes to draw out 20 participants in what was an epic day for fishing. Rene Pelletier continued his quest for species and with an outstanding 9 different species on the day – he claimed a bending branches angler pro paddle, and pushed his lead on the field even further. Chris Arnold and Devon Maskill rounded out the top 3 on the day.

Nackawic was a great opportunity to find several species also, but with no one catching a muskie on the day, Chris Arnold took home $250 cash as the winner, catching and releasing 7 different species on the day. Rene was close behind Chris with 6 species, and Travis Melanson had a great day finishing top three, 5 points behind Rene.

It was going to all come down to the finale in Grand Bay – Westfield, to see if John Cail would be able to find some key species to reclaim his title in 2019. With our largest turnout of anglers of the summer 25 people, John would have to find over 30+ inches to catch Rene. Working hard all season, and not slowing down in the last tournament, Rene was not going to let this series fall out of reach. Finding 7 species and winning the final tournament of the summer, Rene continued his dominance over the field this summer. Winning 4/6 tournaments, and finishing second in the other two tournaments, Rene claimed his first New Brunswick Paddlers Fishing Series Championship Title – finishing with 220.8 inches in total length. John Cail completed a great series once again, finishing in second place and 173.3 inches in length. And Chris Arnold claims third place as he did in 2018 with 127.3 inches respectably.

Congratulations to Rene for his outstanding summer, and not only that, he was the winner of a brand new 2019 Old Town Topwater PDL for his efforts as well. Truly a summer to remember for our 2019 champion. We want to thank everyone who came out to a tournament again this summer, and we look forward to growing the sport and the series next summer as we expand into Nova Scotia and make some significant changes in our series.

Once again – we couldn’t have hosted such a successful series without all the anglers who joined us, and our amazing sponsors who made this all possible.