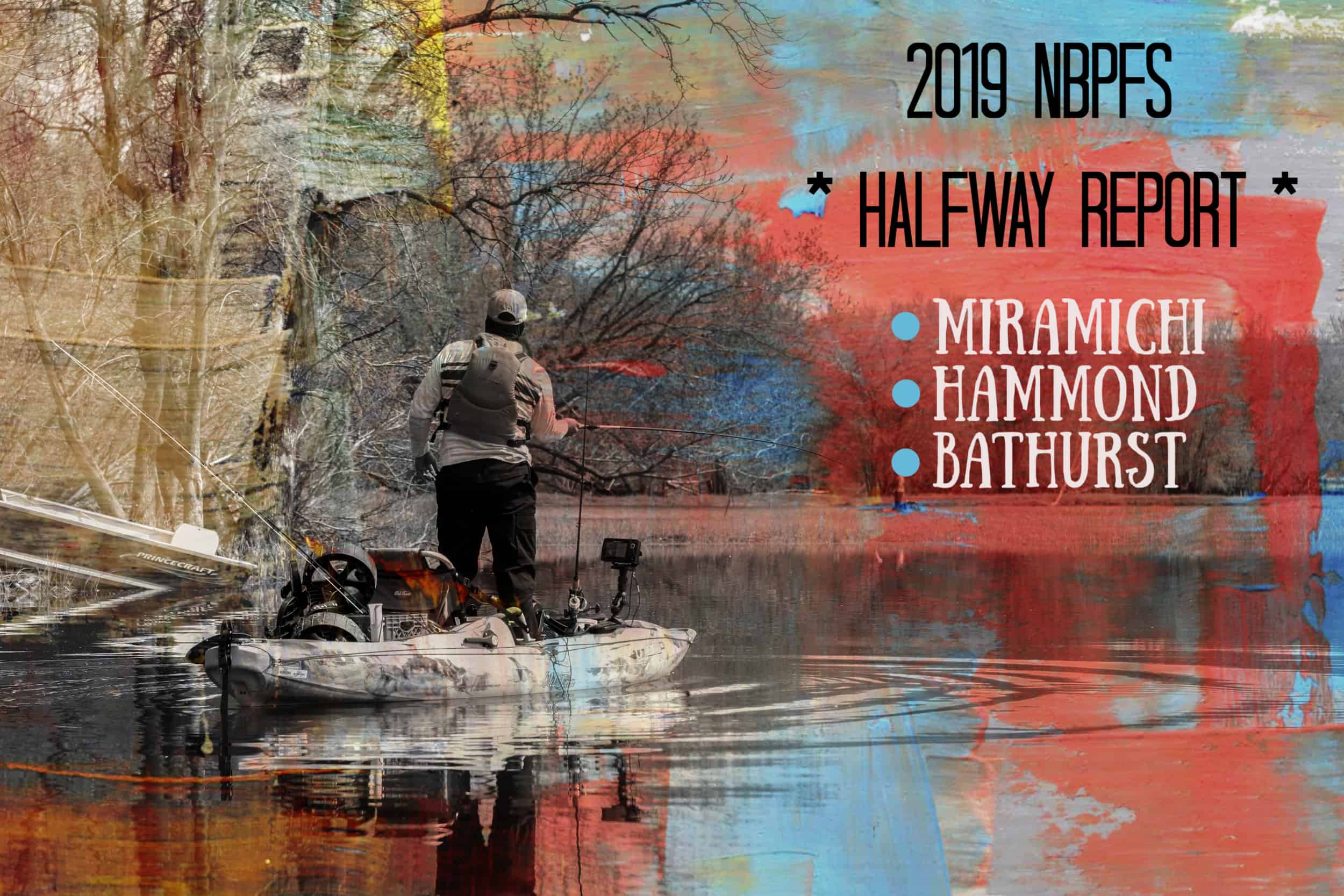 We have just completed the mid-way point of this years paddlers fishing series, and the fun is just about to begin! Two of our tournaments, Miramichi and Bathurst, were targeting Striped Bass mainly, which means the second half of the series will provide anglers with ample opportunity to climb the ranks in the overall series standings. Hammond River this year provided 8 different species, which is what we will expect from Oromocto and Grand Bay / Westfield also – the game changer this year could be landing a Muskie in our Nackawic tournament. We also ran our first tournament in Nova Scotia this summer at beautiful Gaspereau Lake – we gave out $500 in cash prizes, along with loads of prizes for each participant. It will be the start of what we hope will see a future paddlers series in that province next summer! So far the notable talking points of the series have been the struggle to catch large Striped Bass at two tournaments. We’ve also seen a Longnose Sucker, and a Flounder caught so far, those will likely not be caught again this summer. Still lots of room for improvement on Smallmouth Bass lengths and about half the field still need to land a Chain Pickerel. Rene Pelletier has been leading the way right out of the gate – winning Miramichi and Bathurst, and coming in second by 2 points at the Hammond River tournament. Pelletier has landed 6 species and has opened up a 28.75 lead on John Cail who has 5 species registered. The rest of the field will try to catch up to these experienced multi-species masters at the next 3 tournaments. As we prepare for the second half of the season, paddlers are NOT going to want to miss out on July 20th’s Oromocto tournament, where last year the winner caught 9 different species. Also this year in Nackawic, not only can you catch a Muskie, but we have a sponsor that has donated a $250 cash prize – winner take all. Then at the Finals – we will hand out a $500 Werner Paddle, as well as draw for an Old Town Predator Top Water PDL provided by our series sponsor OutdoorsNB & Johnson Outdoors!